Bailieborough is a town with a rich and vibrant historical identity. From its association with the Corleck Head – a three sided stone sphere dating from the early Iron Age- the Bailieborough area holds evidence of human habitation span thousands of years. Standing stones, ringforts and megalithic tombs in the area tell the prehistoric story of Bailieborough. Officially granted in 1610 by King James I as an estate of 1000 acres to William Bailie, an Undertaker from Scotland, the town of Bailieborough can be regarded as a perfect example of a plantation town built as a result of the Ulster Planation. Striking period buildings of both a religious and commercial nature are a feature of the town. Bailieborough is also the birthplace of renowned Suffragist, Pacifist and Writer Francis Sheehy-Skeffington who was infamously shot dead during the 1916 Rising on the orders of Captain JC Bowen-Colthurst. Bailieborough Community School is perfectly situated to take full advantage of the historical riches that Bailieborough has to offer.

It is impossible not to feel a sense of history at Bailieborough Community School and the school duly boasts a vibrant and dynamic History Department that aims to impart a passion for a subject that plays such an important role in modern society.

The study of History is concerned with gaining a clear understanding of the complexity of the human experience by analysing the key events of the past that have shaped the modern world. The History student investigates the political, socio-economic and cultural factors that have influenced our world at local, national and international level.

Students of History develop an understanding of their own heritage as well as an appreciation of cultural diversity, multiple-perspectives, social attitudes, values and ideologies and a lifelong love of learning.

The History Department at Bailieborough Community School aims to develop the key skills of our students such as managing information and thinking, working with others, managing yourself, communicating, being creative and staying well.

Skills specifically associated with the study of History are also emphasised such as; locating and analysing source material, synthesising key information from sources, evaluating source material, recognising bias and propaganda, presenting cogent, logical and clear analysis of a topic, contextualising information and recognising the multi-perspective dimension to controversial topics in History.

Underpinning our teaching is an awareness of the importance of The Four C’s in History: Course, Cause, Consequence(s) and Context. Each topic is studied through this framework.

The principle underlying the syllabus is that the study of history should be regarded as an exploration of what historians believe to have happened, based on an enquiry into the available evidence. The following are some of the main features of the syllabus:

Students at both Higher and Ordinary level study the same content. There are twelve topics for study. Six of these are topics from Irish History from 1815-1993 and the remaining six are from Europe and the wider world within the same date range. For the Leaving Certificate exam two topics from each section are studied. One topic is prescribed each year by the State Exams Commission as the Document Based Question. This topic is compulsory in the exam and must be studied. If the DBQ is from the Irish History section then only one further Irish topic can be studied and two chosen from the European and Wider World section and vice versa. The DBQ for the 2016 exam is based on the Dictatorship and Democracy topic from the European and Wider World section. Therefore, this year we must study that topic, one other topic from the European and Wider World section and then two topics from the Irish History section. In addition to the written exam, students must also complete a Research Study Report (RSR) which is worth 20% of the marks for the exam.

The exam each June takes place over 2hrs50mins. There are four written sections to answer. The first section is the compulsory prescribed Document Based Question. The remaining three sections are essay style questions. Four questions appear on each of the above topics and the student must answer one question on each of the topics they have studied. Each section is worth 100 marks for a total of 400 marks. When combined with the pre-submitted RSR, also 100 marks, the total exam is marked out of 500 marks. It is recommended to spend around 40 minutes answering each section in the exam. The exam is pressurised in terms of time management, so being able to write quickly is essential. 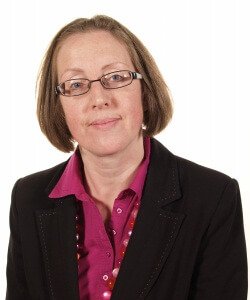