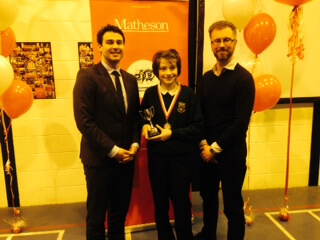 Well done to Emma Clarke and Tyra Maphumulo (1C) who represented Ulster in the National Mace Matheson Debates in Castleknock Community School on Saturday on the 12th of March 2016. As was expected both of these students gave stellar oratorical performances on the day and did their school and families very proud. On the day the both Tyra and Emma debated the following motions:

Whilst Tyra and Emma did not compete in the Grand Final, they enjoyed listening to a somewhat polemical discussion around the motion ‘This house would join the 1916 Rising’.

Important Dates for Junior and Leaving Certificate Students Shane Farrelly announced as the winner of the Multimedia Farm Safety Competition 2016
We use cookies on our website to give you the most relevant experience by remembering your preferences and repeat visits. By clicking “Accept”, you consent to the use of ALL the cookies. However you may visit Cookie Settings to provide a controlled consent.
Cookie settingsACCEPT
Privacy & Cookies Policy